Find a Charter Flight To Miami

Welcome to Miami — the sunny southern city in the sunny state of Florida. To most people who have never taken a Miami trip, just think of Sonny Crocket and Ricardo Tubbs in a speedboat chasing some drug dealers. Be your own judge and take a Miami vacation to find out what this city really is like: a melting pot of cultures, a warm and friendly city on one of the most beautiful spots in the world, a city of great architecture and the perfect starting point for exploring the rich variety of sights and sounds in Florida.

But most people think Miami is only a city of fun and games based just on tourism. Miami is a lot of fun, but it is also a huge financial center of the world. Downtown Miami has the largest concentration of International Banks in the United States. Miami was named a Gamma world city based on its economic importance especially towards Latin America. U.S. Southern Command Headquarters are in Miami, also the National Hurricane Center calls Miami home. Miami also how the highest percentage of foreign- born residents in the world! 59% of Miami residents were born outside the US. This makes Miami one of the most diverse cities in the world.

Miami is also known as the capital of Latin America and the Caribbean for economic, transportation, and cultural reasons. 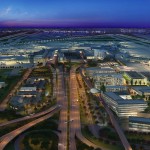 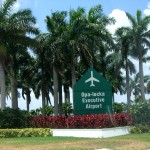